Many many moons ago, I designed an Airport. If you love puzzles, art, algorithms, design, physics, planning, chaos/order and simulations - its the greatest problem in the world. Its problem solving 999 in 1.

It was a painful yet immensely enjoyable process.

Airports are super complex systems depending on several time, security and efficiency-critical sub and sub-subsystems working together smoothly to get passengers through this bottleneck as quickly as possible.

So lets get down to it. What makes an Airport? 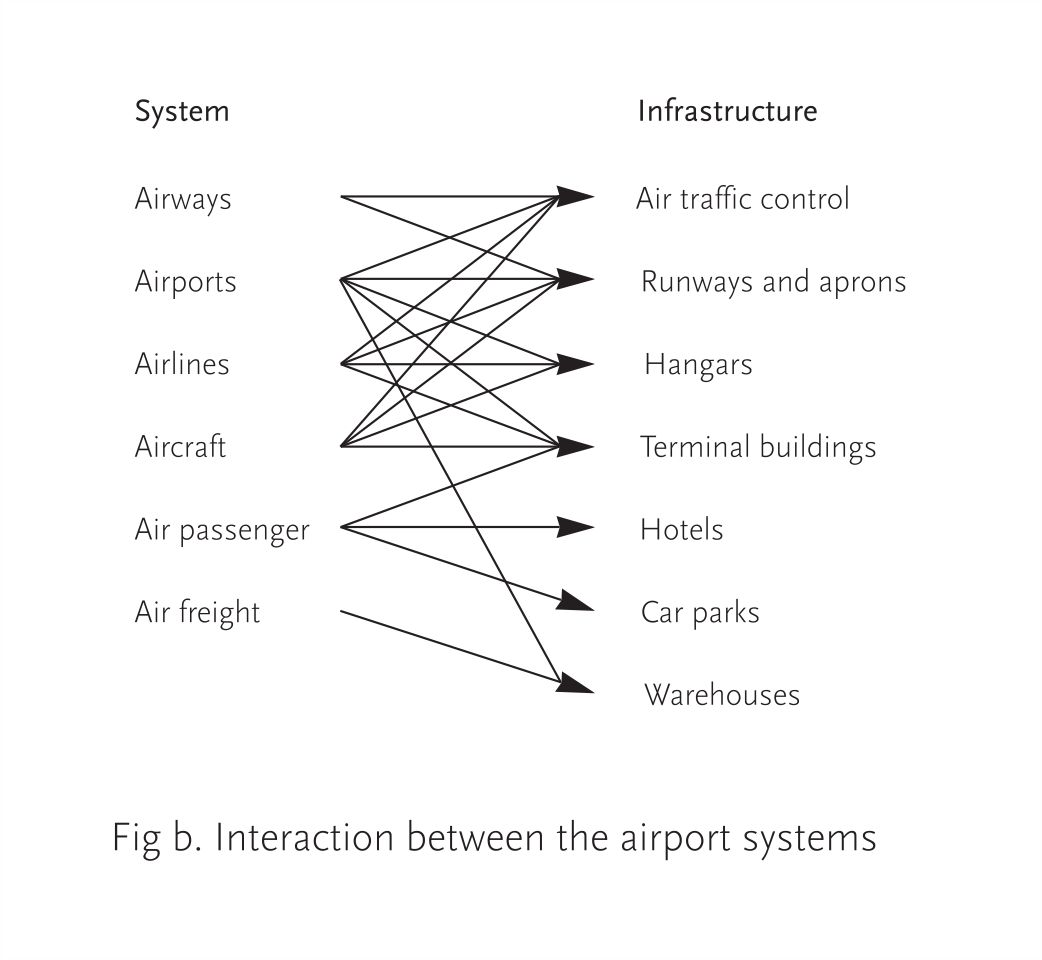 You can spend months just scoping out each of those sub-systems. So you need to prioritise and jump contexts very quickly and give multiple passes of problem solving all of them individually and how they fit together at varying depths. Focus on the largest systems and then address the supporting systems later. If your site area is small, give all of them equal importance.

Once you've scoped out the requirements for your airport depending on expected passenger/aircraft movement per annum and type of flow - you need to decide on the configuration of the airport in itself. There are a few archetypes: 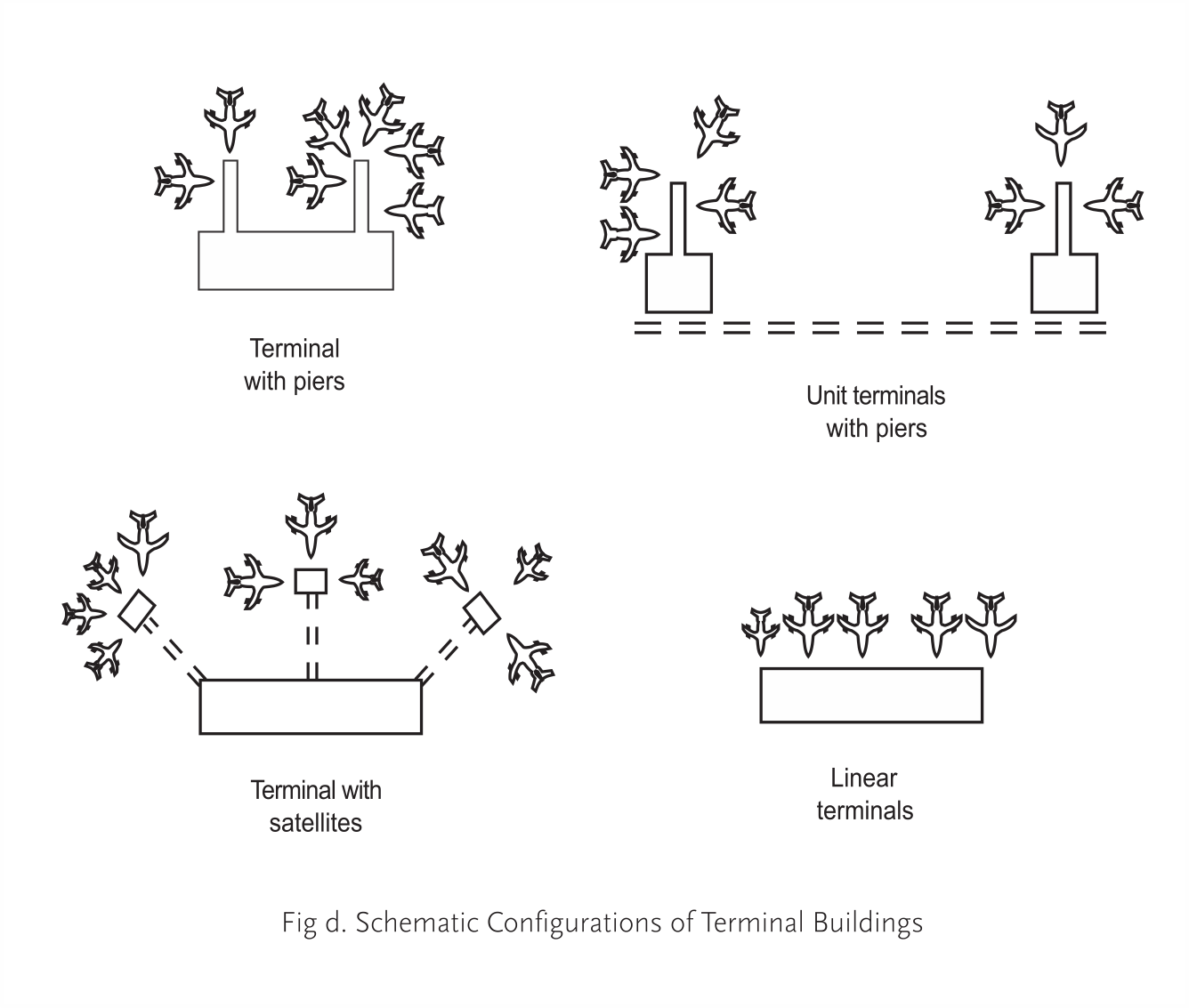 And within a terminal, there are a few critical arrangements of passenger arrival/departure flows: 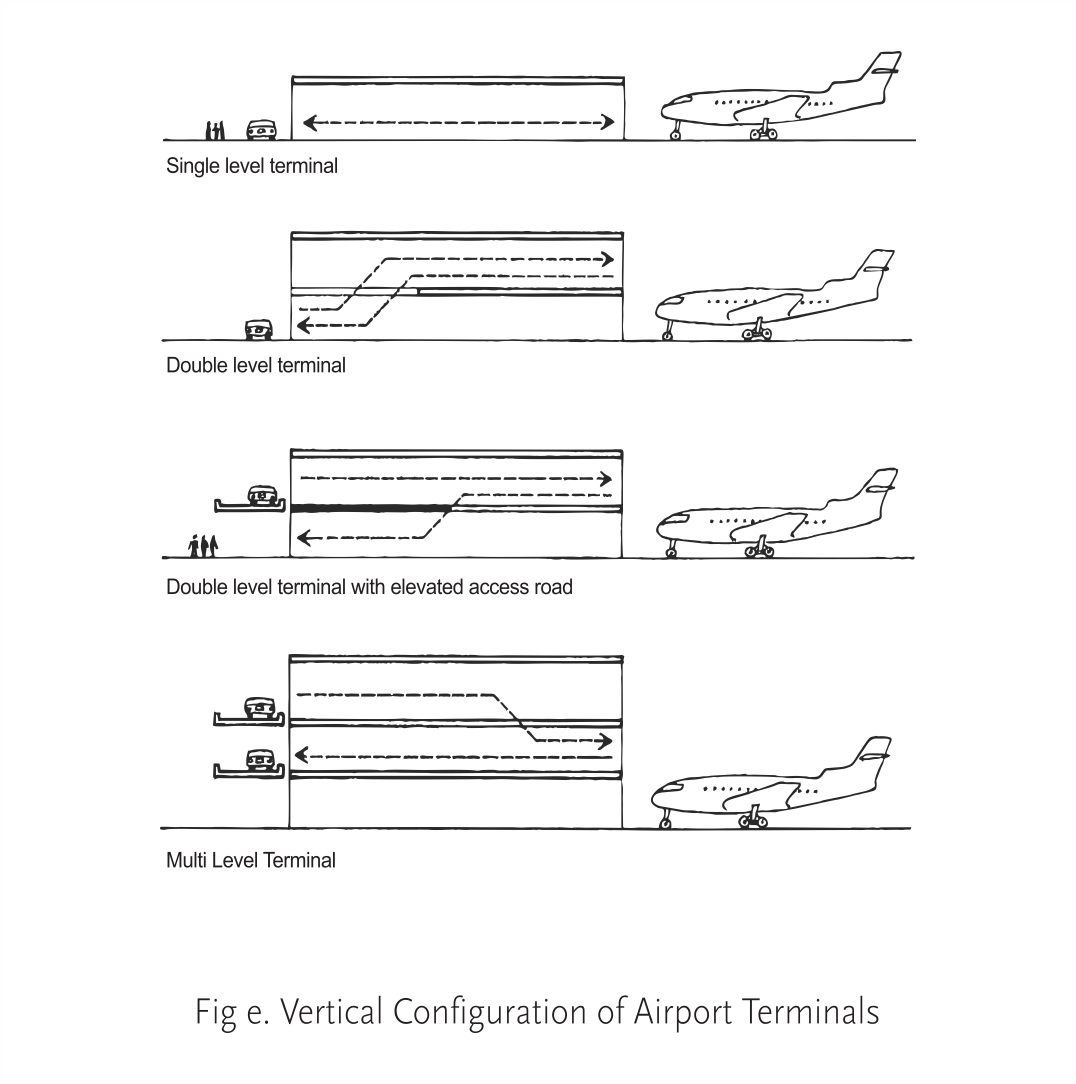 Once you have your desired terminal buildings and vertical terminal configuration resolved, you need to resolve your gates. Number of gates are determined by the passenger flow requirements and typically limited by budget depending on the target growth forecast flow the Airport is looking to support. But each gate will need to be able to house a large aircraft and several small ones in different configurations. This will inform the aircraft taxi pattern. Typically: 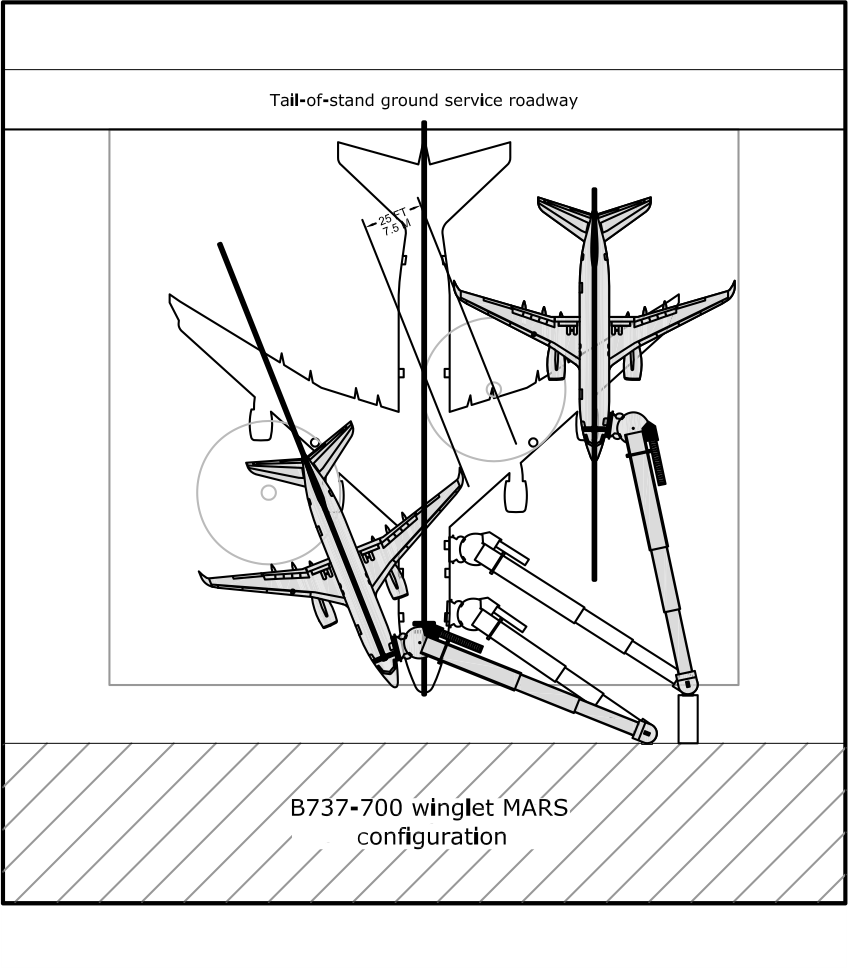 This drastically changes if you need to accommodate an A380. This is what a typical section through a fully developed multi-level terminal looks like: 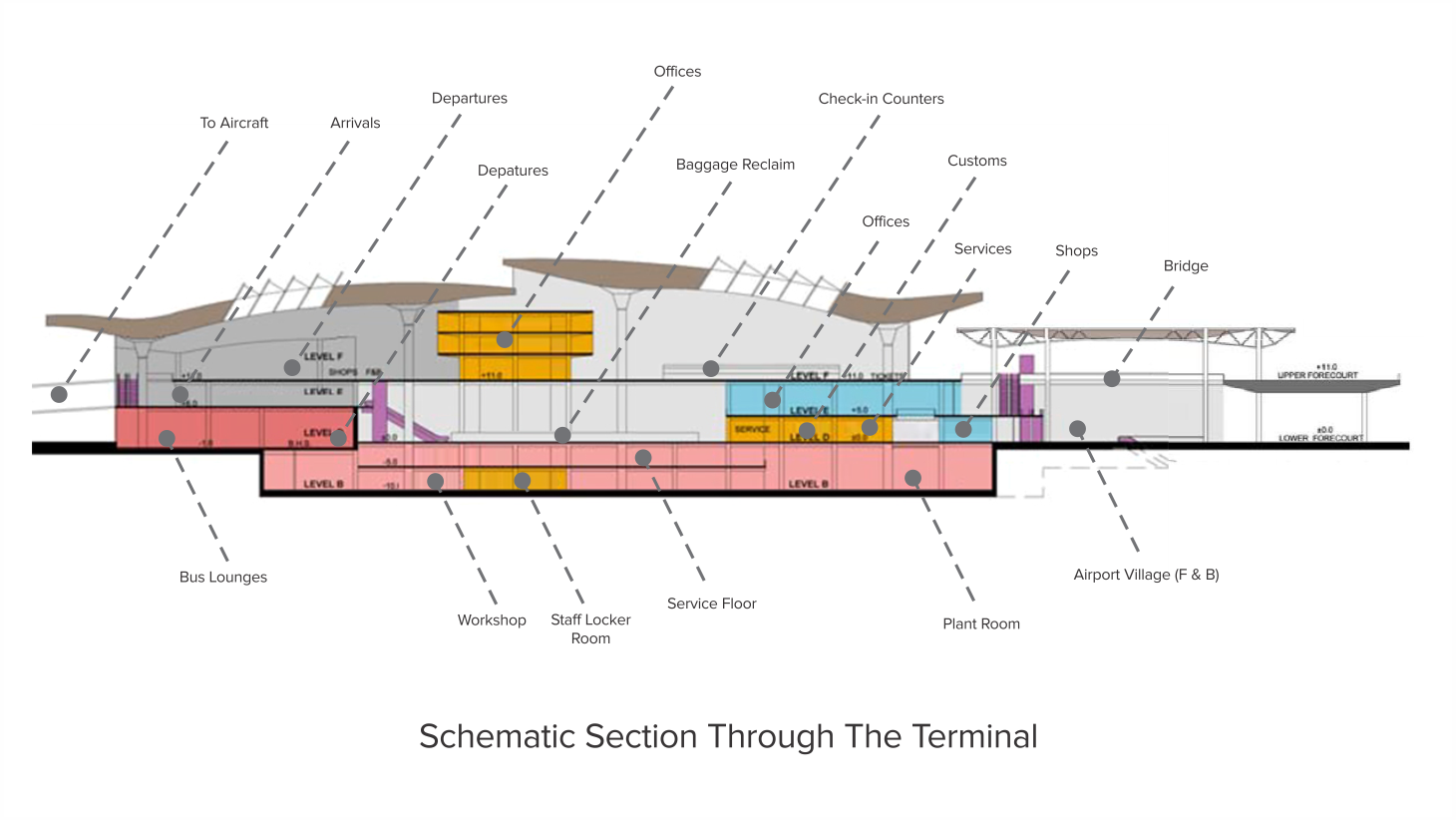 Here is the site configuration I ended up with (click for larger view): 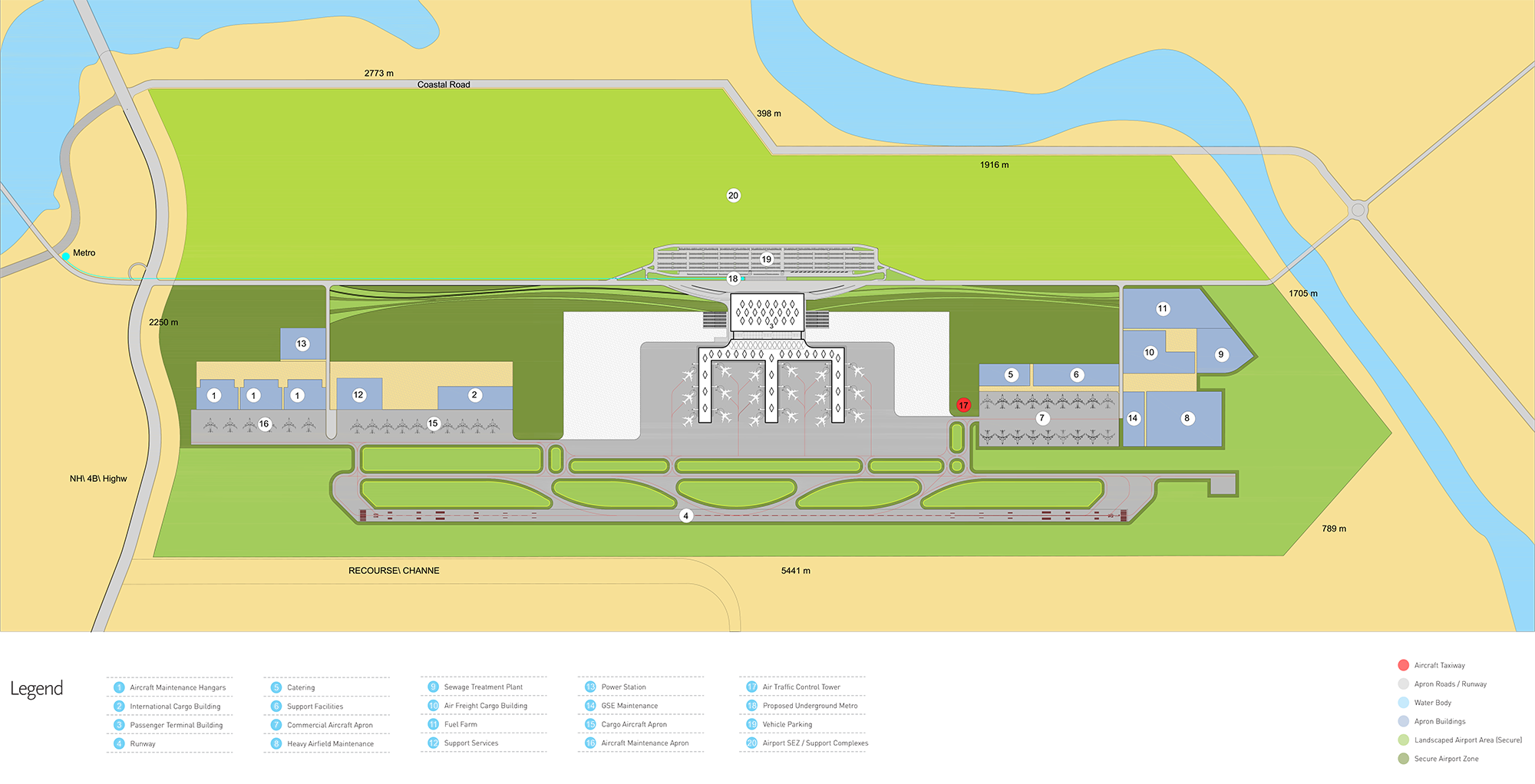 Before I dig into what the terminal is like, its important to understand what makes an airport "space". Its typically open and has few defining features because the opportunities are few and largely limited by budgets that are best spent on strengthening and future-proofing core sub-systems.

So Airports try to create a sense of identity with one or two elements. One of these is the structural identity of what is, essentially, a large warehouse. I tried to do this with the structural members: 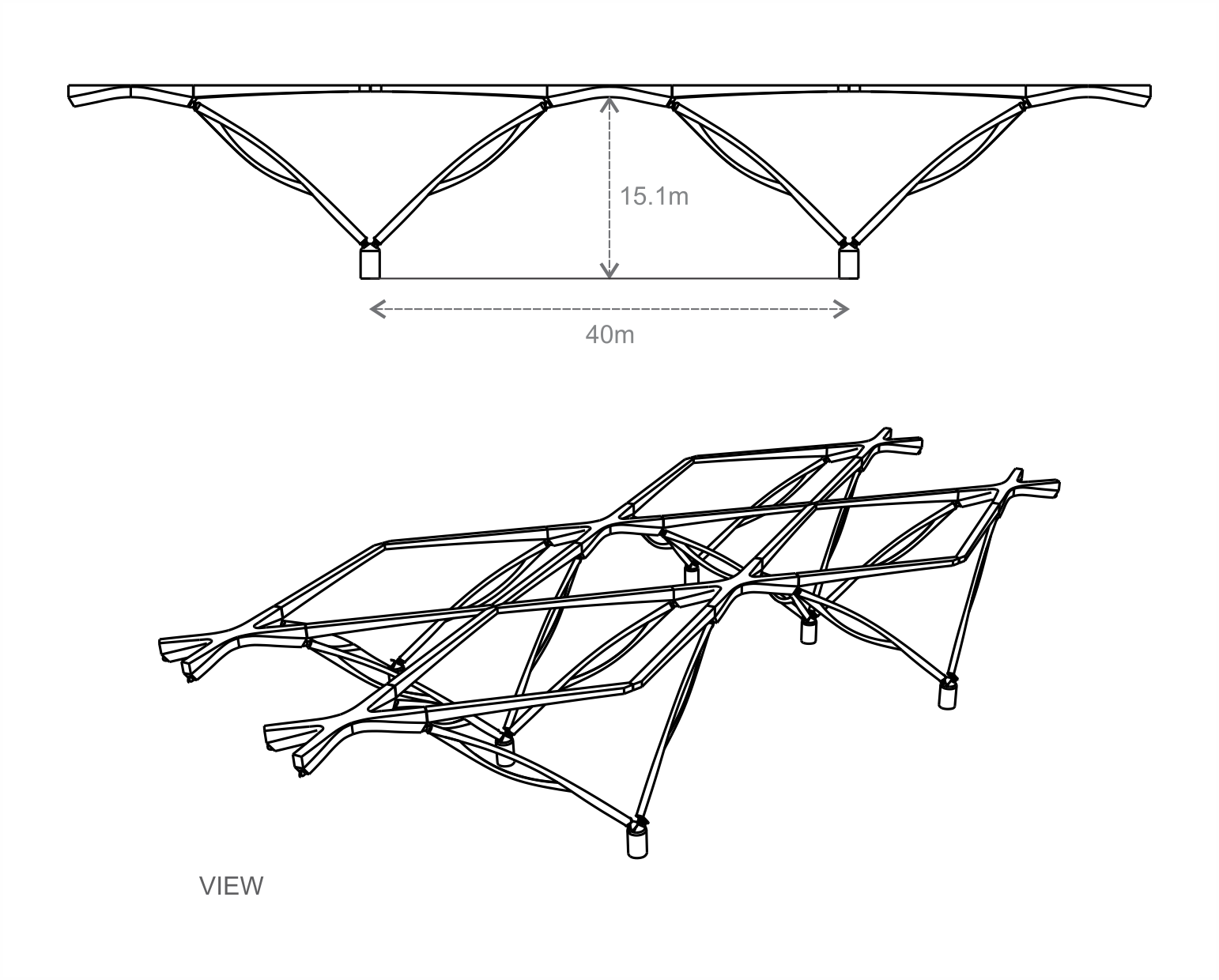 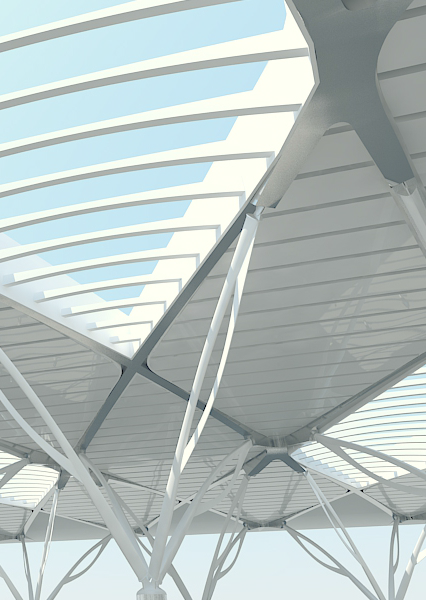 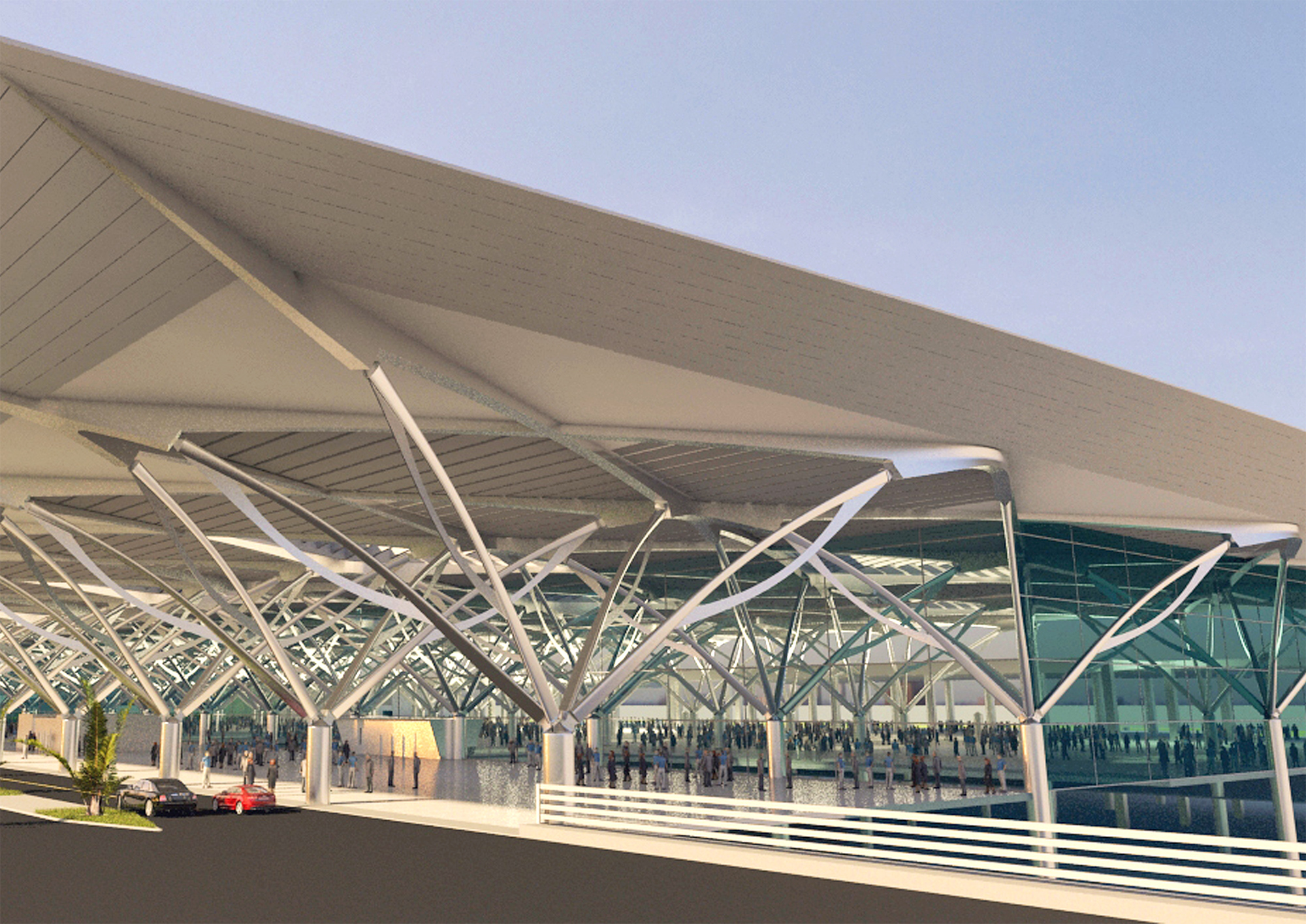 Using this basic module and structural system, I built out the rest of the airport. This bit took roughly 3 months. Here is a section of the completed structure (click for larger view):

What some of those configurations, spaces and structural arrangements look like: 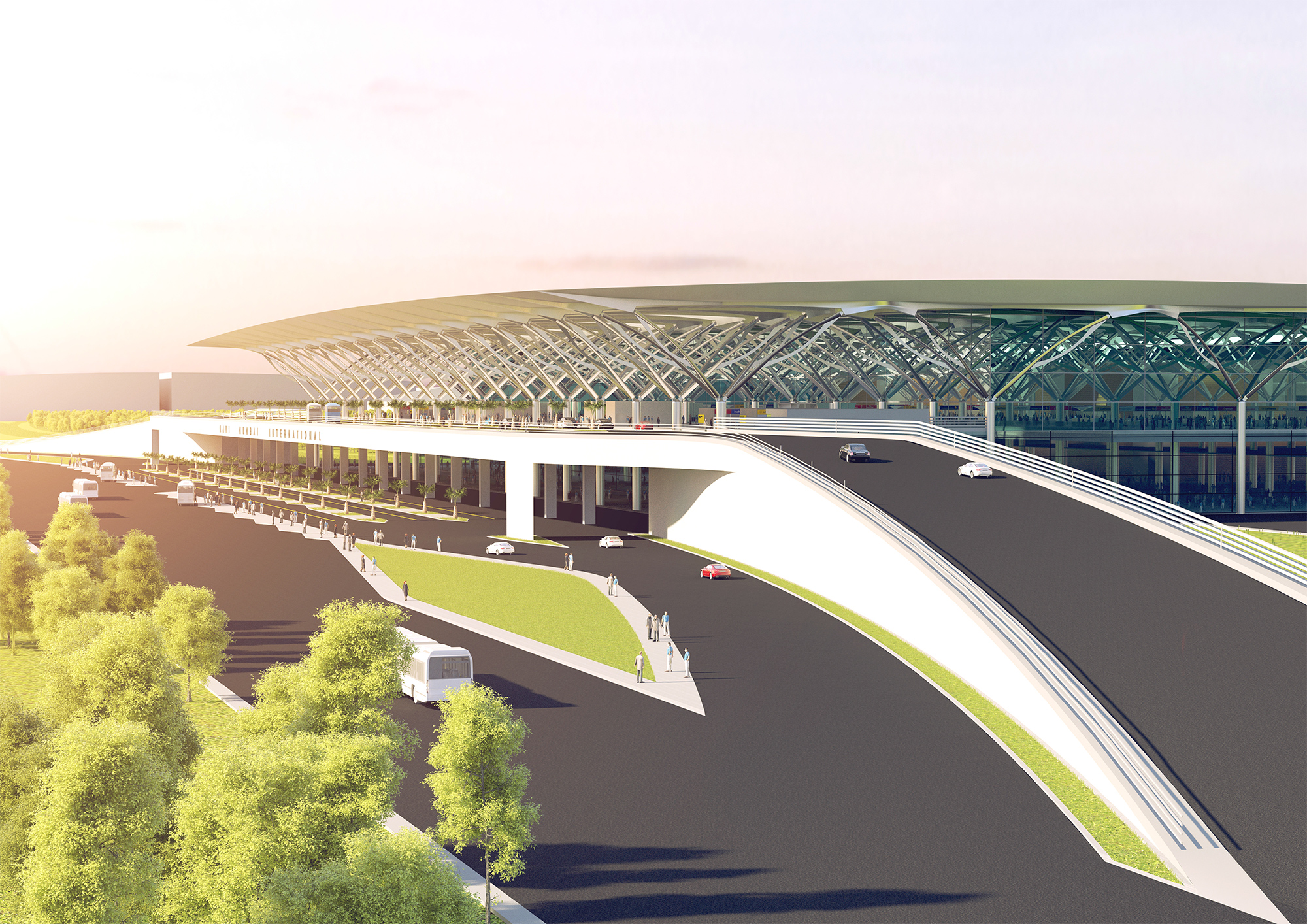 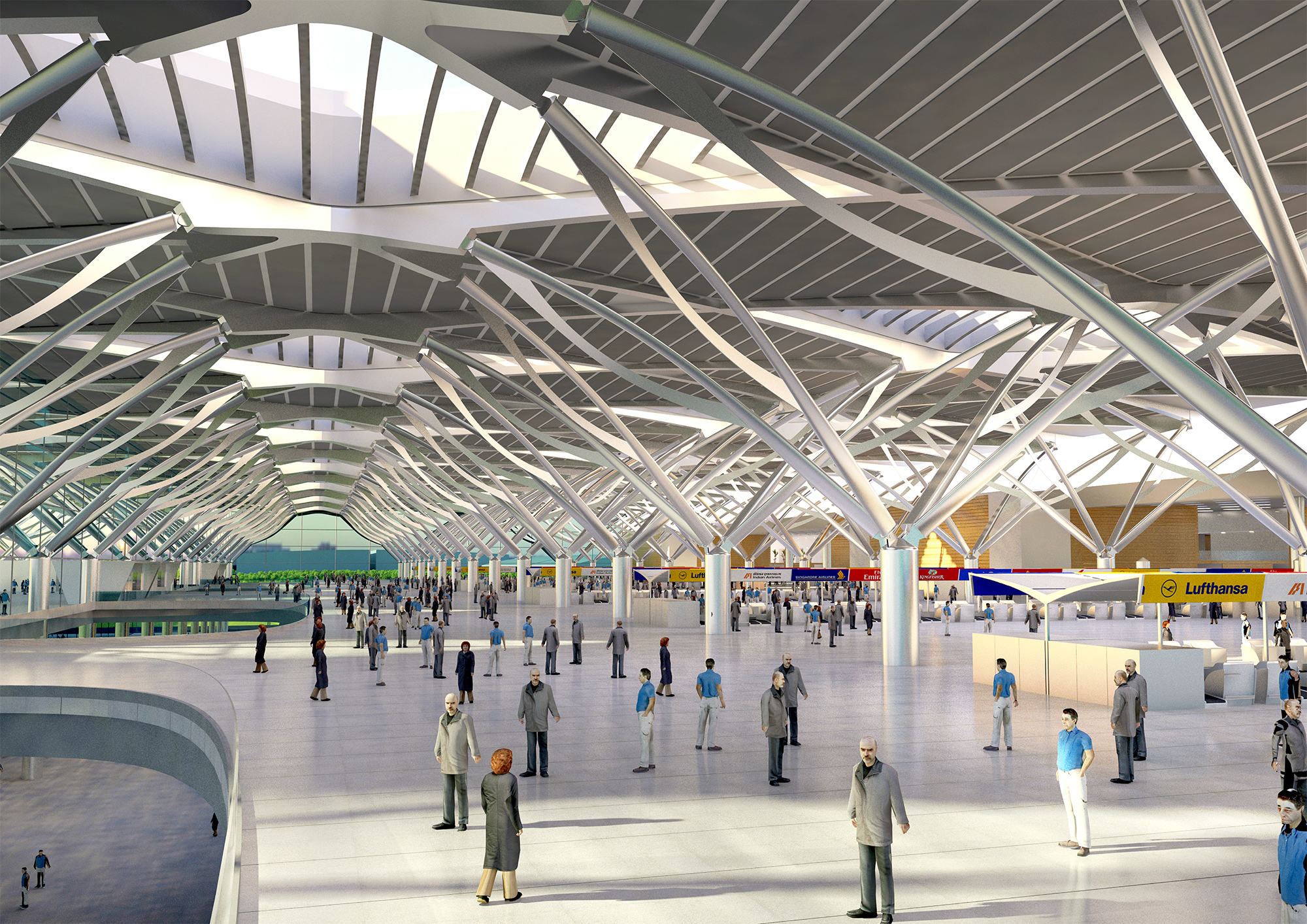 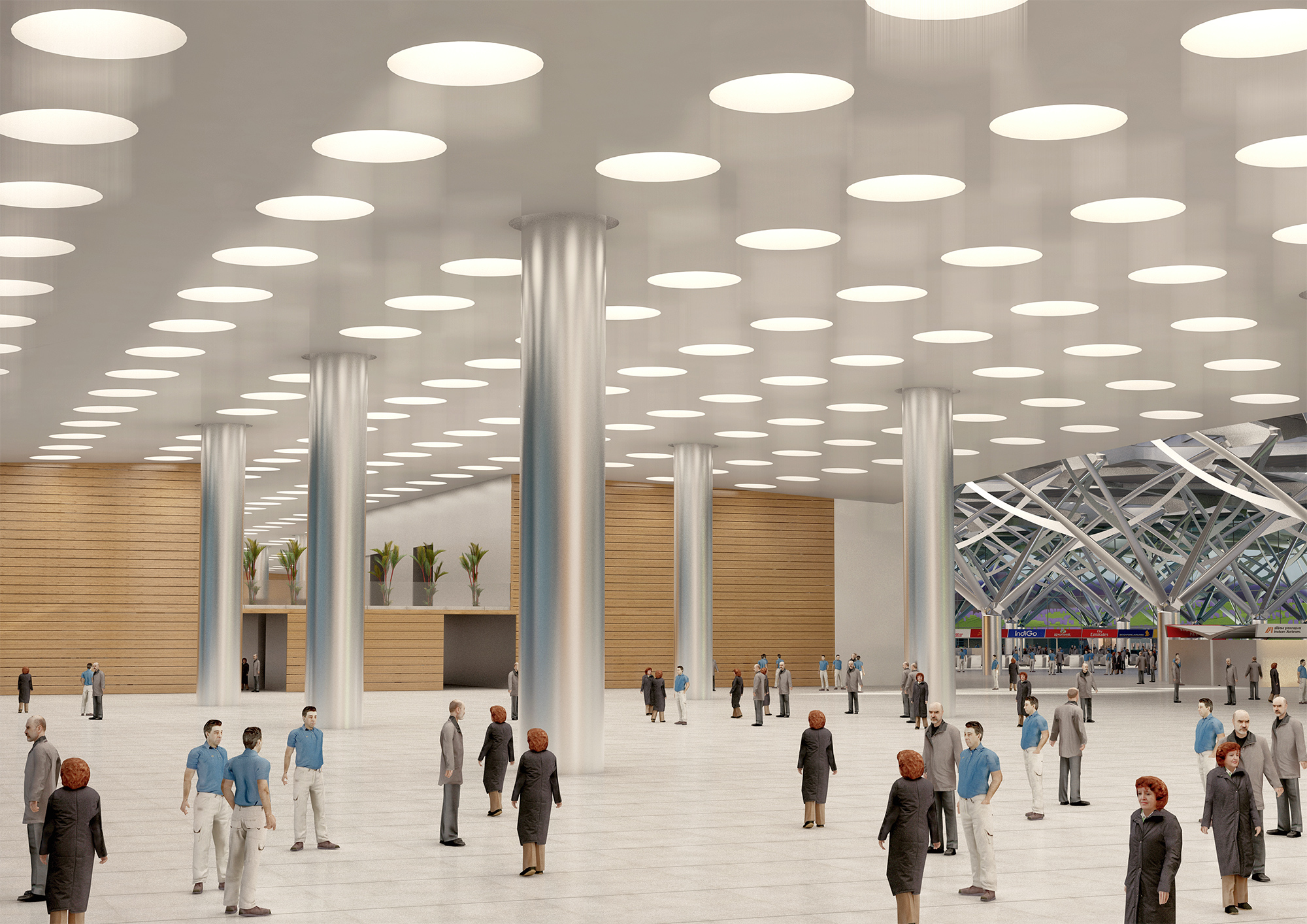 I'd reconsider many of these aesthetics if I were to do it again, but I'm not sure I would change any of the configuration or planning decisions that were made.

I would also put more effort into making sure there are no two people of the same kind in a render.

This was also quite some time ago - 3d visualisation, parametric design tools, languages and simulation technologies have come a long way since then.